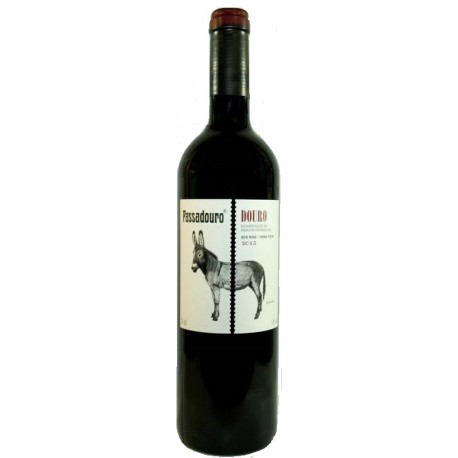 Passadouro is a complex and intensely aromatic red wine from the Douro region. It presents floral aromas, wrapped into intense aromas of matured black fruits and balsamic notes, vanilla and spices alongside vigorous and surgical mineral notes.

Winemaking:
Passadouro is a red wine, produced from red grapes, of vines of plus 30 years-old, of Touriga Nacional, Touriga Franca and Tinta Roriz from the Douro region. After a long maceration of 10 days, a part of the batch has fermented in traditional Granitic Lagares after the grapes have being trodding by foot. The rest of the batch has fermented in stainless steel tanks at controlled temperatures. After the fermentation process, the wine has been transferred to new's French oak barrels where it has stayed for 16 months prior to being bottled.

Tasting Notes:
Passadouro is a very elegant red wine from the Douro Region fully of complexity. It's marked by intense aromas of red fruits maturated, standing out notes of black plums and cherries along with fantastic notes of vanilla and spices alongside wonderful freshness crossing up from its core into its body.